Archive for the "Randominium Gossip" Category

Posted by: Stylebitch (B) in Randominium Gossip, What's in GOSSIP!
Jun

The poverty-stricken man’s Angelina Jolie -  Megan Fox - has got herself a new tattoo on her rib cage. It’s a a quote by poet Angela Monet :  ’Those who danced were thought to be insane by those who could not hear the music.’

On the other side of her rib cage is a quote she done wrote herself. It reads : ”There once was a little girl who never knew love until a boy broke her heart.’

Posted by: Stylebitch (B) in Randominium Gossip, What's in GOSSIP!
Apr

So the most beautiful man in the world, who makes millions of dollars ever year playing football, marries fabulous supermodel who also earns millions of dollars super-modelling. They have perfect child. She says labour was ’simples’ and is a size 4 again within a week. Here they are, all out exercising together as a family. Well, except perfect baby Benjamin, but no doubt he’ll be walking in like, a week.

There is NO point to this post, except that I just wanted to share this with you all - there is now a large amount of jealousy induced vomit covering my keyboard. I can barely type for all the vomit.

The great Debate: Got Botox?!

The Daily Mail are giving Amanda Holden awful jip for her alleged dodgy lip-job (try saying that ten times fast) today. She does look a bit joker-esque at certain angles I guess, but they’ve also taken the opportunity to chastise her use of Botox while they’re at it, coz they’re sound like that as you know. The Britain’s got Talent judge has openly admitted to using the stuff, but has fervently denied any lip-injecting collagen action. I happen to know that two little jabs of Botox OVER the lip area turns your lips out enough to plump them without ever having to touch your actual lips, so the jury is well out for me on whether she’s had no help there but aaaaaaaanyway……. I digress. It got me thinking! Does Amanda look well to you? Or do you just see a big shiny Botox face when you look at her? Is it working for her and all the countless other smooth-faced celebs that have gone for the jab? Who’s gone too far? Would you try it? Have you tried it? Will you try it if you need it a bit later on?

END_OF_DOCUMENT_TOKEN_TO_BE_REPLACED

Are JLS havin’ a larf? They’re bringing out a range of condoms in conjunction with Durex called ‘Just. Love. Safely’. Yes, we see what you did there. Well done! Your collective two GCSEs have served you well. Now I have many issues with this but only a certain amount of time, so lets tackle the big questions here:

1. Surely anyone who’d be arsed buying JLS condoms isn’t old enough to be at the boldy bold thing?

2. Does anyone REALLY want to think about JLS when they’re doing the horizontal mambo?

3. Did I REALLY just use the phrase ‘horizontal mambo’?

Posted by: Stylebitch (B) in Randominium Gossip, What's in GOSSIP!
Mar

I don’t know about you lovely lot, but when I was ickle, I was a complete tomboy. I had a step in my hair. I played soccer at lunchtime. I was the only girl in primary school who was allowed to wear runners with her uniform. I punched boys.  And look at me now! I eh…rarely punch boys! Which makes me a classy ladeee.

It seems though, that according to Life & Style magazine and it’s ‘experts’ - that allowing your daughter to behave like a son is ‘VERY DAMAGING!’, and Angelina is obviously a bad mother! SCANDAL! (No, Brad isn’t a bad father, just bad mutha Angelina…obviously.) Here are what their ‘experts’ had to say:

Alana Kelen, senior fashion stylist at VH1: “Shiloh is pushing the boundaries of a tomboy look and crossing over to cross-dresser territory.”

Gili Rashal-Niv, celebrity stylist: “I get that times are tough but does Angie really need to have Shiloh sharing clothes with her brothers? Hopefully we won’t be seeing Maddox in one of Shiloh’s dresses any time soon.”

Glenn Stanton, director of Family Formation Studies at the conservative organization Focus on the Family: “They need help, they need guidance of what that looks like. It’s important to teach our children that gender distinction is very healthy.”

Karen Deerwester, parenting coach: “Giving preschool-age children the freedom and flexibility to experiment with how they want to be seen in the world is a wonderful gift.“

What do you think - is this a load of bullshizzle, or do they have a point? To be honest, I’m surprised they didn’t have a tagline that read: “Angelina sets Shiloh up to become a lesbian in later life!” That would probably suit the tone of their edumacated article.

Posted by: Stylebitch (B) in Randominium Gossip, What's in GOSSIP!
Feb

Blah blah blah. I’m sorry, but is anyone else bored by Kerry Katona “before and after” pics? Or before and after pics in general? Give them the same hair/makeup/cinchy swimsuit/good lighting and a non-I’m-so-sad-face in the before photo, and I bet they’d look just as bloody good as the after. Call me a cynic but I’m starting to think that Kerry puts on and loses weight just to get magazine deals.

Anyway, this time around the weight loss does not come from Lipo-Land, oh no, she went off to a bootcamp for two weeks, and excercised for ELEVEN hours a day. I’m tired just typing that.

Kerry said - “I can’t wait to book a holiday and show it off in a bikini!I’ve still got all my curves and my boobs, which is good – I’d much rather have a body like Kimberley Walsh than Cheryl Cole.”

She also says she made some friends at the bootcamp - ’I don’t have any real mates and I’d definitely describe myself as a loner because it’s so hard for me to trust people,’ she said. ’But at bootcamp I met a group of five women who were so genuine, friendly and supportive.

‘I’m meeting up with them next weekend for a big girlie night out. It’s a real step forward because I wouldn’t have had the confidence to do that before.’

Perhaps they’ll giver her the confidence to leave her scrounge-ass husband. That would be the best weight she ever lost.

Posted by: Stylebitch (B) in Randominium Gossip, What's in GOSSIP!
Feb

Ah don’t you just HATE it when your powder compact breaks when you’re on a night out, and you drunkenly spill it all over yourself?!

Posted by: Stylebitch (B) in Randominium Gossip, What's in GOSSIP!
Nov

“‘Nothing tastes as good as skinny feels.”

She also shared the profoundness of the following :

“It sounds really corny, but I think that if you’re beautiful inside, it shows on the outside for sure. You can be a pretty face, but if you’re not a nice person, it just doesn’t work. I’m not traditionally a beauty, but apparently people think I’m alright. If you’re a nice person, it definitely helps.”

The nuns used to tell me the same ‘nice on the inside’ in school. However, seeing as they were nuns and never needed to score anyone but a man who’s been dead for 2,000 years, I ignored them and continued to apply my Max Factor Panstick.

Jake Gyllenhaal has filmed an episode of Sesame Street!! …Hubba hubba….He likes (or is good at pretending he likes…which is all the same really) kids too….hmmmm….

BE AFRAID! BE VERY AFRAID!

With news that John & Edward topped the voting polls this week on X Factor, we feel it’s time to remove our fingers from our ears and stop pretending they don’t exist. From ‘Bin the Twins’ campaigns to all-out adoration, everyone seems to have an opinion on this pair.

Yay! Chris is going on tour!

Posted by: Stylebitch (B) in Randominium Gossip, What's in GOSSIP!
Oct

Chris ‘Ike’ Brown has announced that he is about to commence a nice little tour for his ‘fans’. He tweeted:

How lovely for him! It’ll be SO good for his self-esteem to see 400 screaming girls hang on his every word, want to do any kind of shizzle for him, generally worship and adore him. I think this is fantastic. He SO deserves this. How wonderful.

May I recommend starting dates in Afghanistan, Iraq and perhaps a personal appearance for Mugabe in Zimbabwe? I think they’d be fun! And not at all dangerous!

Thanks for the link to this genius video below, Will! 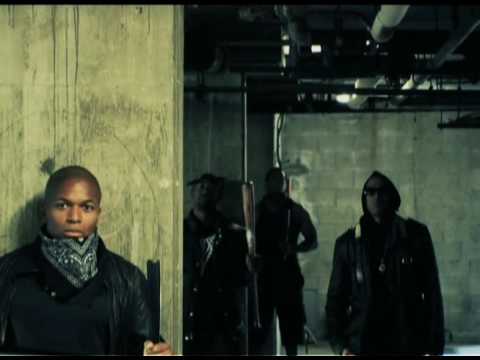 Posted by: Stylebitch (B) in Randominium Gossip, What's in GOSSIP!
Sep

Lawd - if you can hear me up there in the magical candy floss clouds in heaven - can you just hold that meeting with all your profits and santys and just give me some strength? Spencer Pratt  is in the process of legally changing his name to “King Spencer Pratt,”….Usmagazine.com reports.

Yes the freaky blonde bearded boyo says : “I’ve decided since there is a Queen of England and a Prince William that there should be a king of America, I nominate myself for that role.”

Heidi took a break from her bible studies and playboy shoots (how ironic!) to say : “If I am married to the king, doesn’t that automatically make me a queen?”

There’s a village somewhere missing a pair of idiots. Maybe take that position first and work your way up? Just a thought.

QUESTION: Can you guess what’s unusual about this video?! (Apart from the fact that anyone gave this ‘artist’ a recording contract and that’s it’s extraordinarily sh*t?!) Go on have a guess!

**FIND OUT BY CLICKING BELOW**

END_OF_DOCUMENT_TOKEN_TO_BE_REPLACED

As some of you may know…I DO NOT GET the Christian Bale thing! I mean….really?! Like, really really?! I just don’t see the attraction! And by all reports he’s total pr*ck altogether!

As if to assist me in my campaign, these pics emerged from the set of his latest movie ‘The Fighter’. Yeah, yeah, I know… he’s lost some weight to play a drug addict and isn’t exactly supposed to ooze sex appeal but it goes to show you that once you strip off the Bat-suit (and please God the ultra-enraging stupid Bat-voice) he’s just a bony faced grumpy git. Lest we forget….

Posted by: Stylebitch (B) in Randominium Gossip, What's in GOSSIP!
May

Tori Spelling has denied all rumours and h-innuendo that she is of the anorexic orientation. She says it’s down to being a busy ‘Mom-of-two’….She told People magazine in the States:

‘I wish they could flash back to what my old body was before I got pregnant, which was pretty much this.

‘But I get it. I acknowledge that I look thin in those photos. Obviously I don’t want to lose any more weight, and I think, “Yeah, I could stand to gain a few pounds,” but I am healthy. I’m just crazy busy and being a mom.

‘I’m the first to admit that sometimes I don’t have the time to sit down for a well-balanced meal.’

Her husband of three years Dean added: ‘I can tell you right now, there is no way in hell that I would ever let my wife get unhealthy.’

One thing she can’t deny - those implants look good enough to eat! Yeah! They’re great! Honest! Especially if you have an appetite for hardened rubber - yum!